PHOTO CREDITS: C.MARQUETTE, SCHOOL SOCIAL WORKER
​On Friday May 24, 2019, the UASPA community welcomed actress, singer, and dancer Khail Bryant, along with her mom, for our guest speaker series. Bryant gave wonderful insight and advice to our students, and then spent some time with them during their lunch.
On Wednesday March 14, 2018, the entire UASPA school community participated in the National Walkout Day in honor of the school shooting victims in Parkland, Florida. 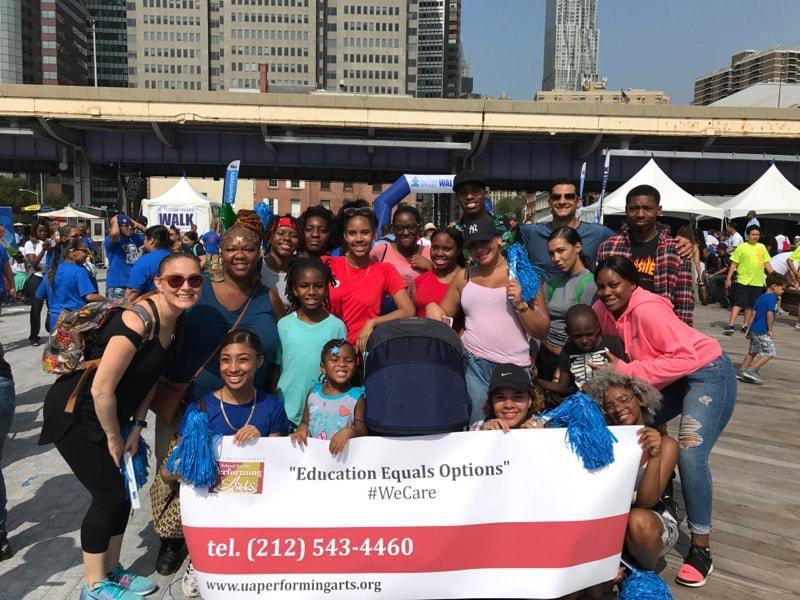 On Sunday September 17, 2017, staff and students of the UASPA community went to the South Street Seaport to take part in the Autism Walk.

On Saturday June 10, 2017, a few of the vocal majors from UASPA had the opportunity to perform at the District 5 Family Day Event at Riverbank State Park.
******** 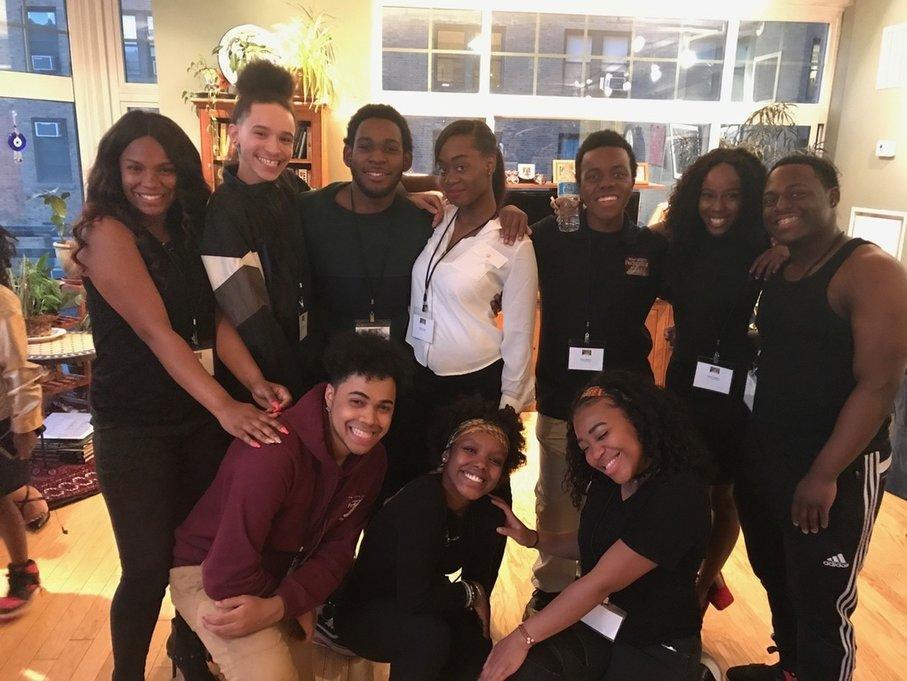 Students from every performing arts UASPA has to offer, performed for our perspective advisory board members at our annual Advisory Board Development Event on Wednesday May 3, 2017. 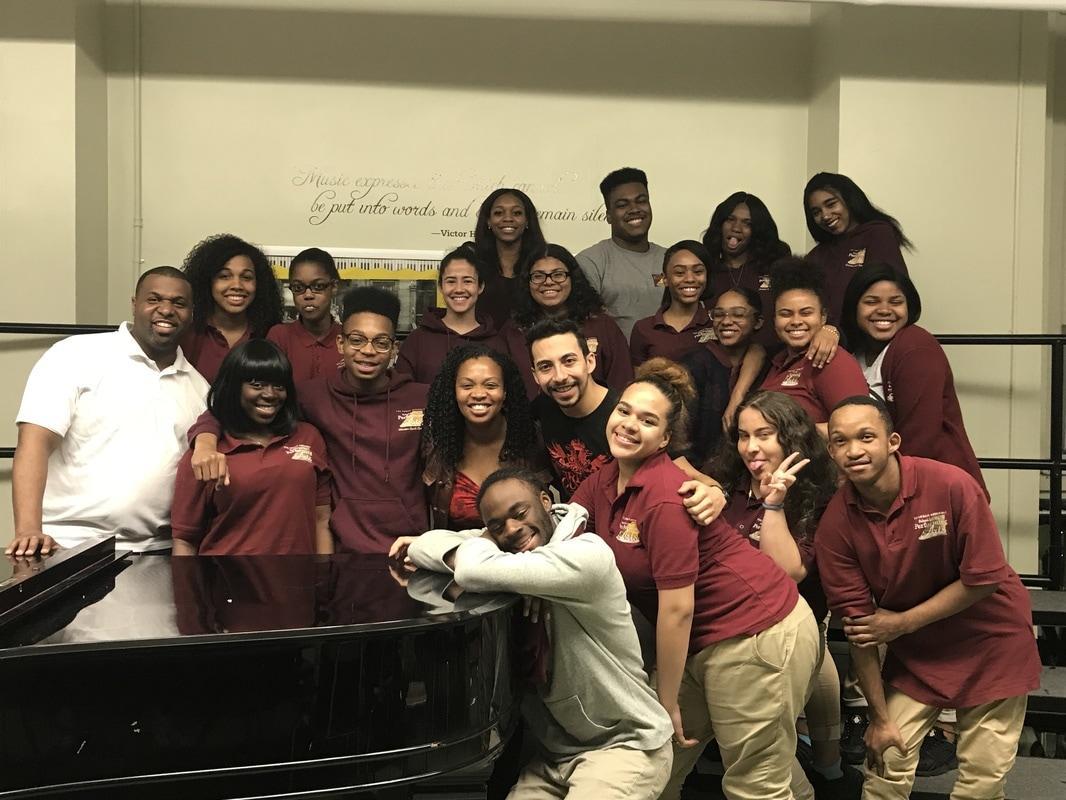 On Tuesday May 2, 2017, UASPA vocal students meet with Sumayya Ali & Andrew Mayer, cast members and violinists in the hit Broadway Show (12 Tony NOMINATIONS!), THE GREAT COMET OF 1812. This was made possible by Erin Focone and SPOTCO (Marketing Agent for the show) and the Office of Arts & Special Projects, specifically Mr. Peter Avery. What a fantastic time we had learning about the inner workings of the show, pathways toward becoming a Broadway star, and advice about navigating the development of your own craft. It was fantastic!!!
Jessica Bobadilla (Class of 2014) and Elena Reyes (current senior) will be going to Verbier, Switzerland on tour with the Master Voices Chorale! They will now join the ranks of previous participants like Sade Ogunjimi and Destiny Snipe (both class of 2014) who also went on this fantastic trip in the summer of 2014. Let’s congratulate them!
UASPA WOULD LIKE TO THANK SHOPRITE AND ALL THE FAMILIES FOR THEIR WONDERFUL SUPPORT IN MAKING OUR THANKSGIVING DRIVE A SUCCESS! 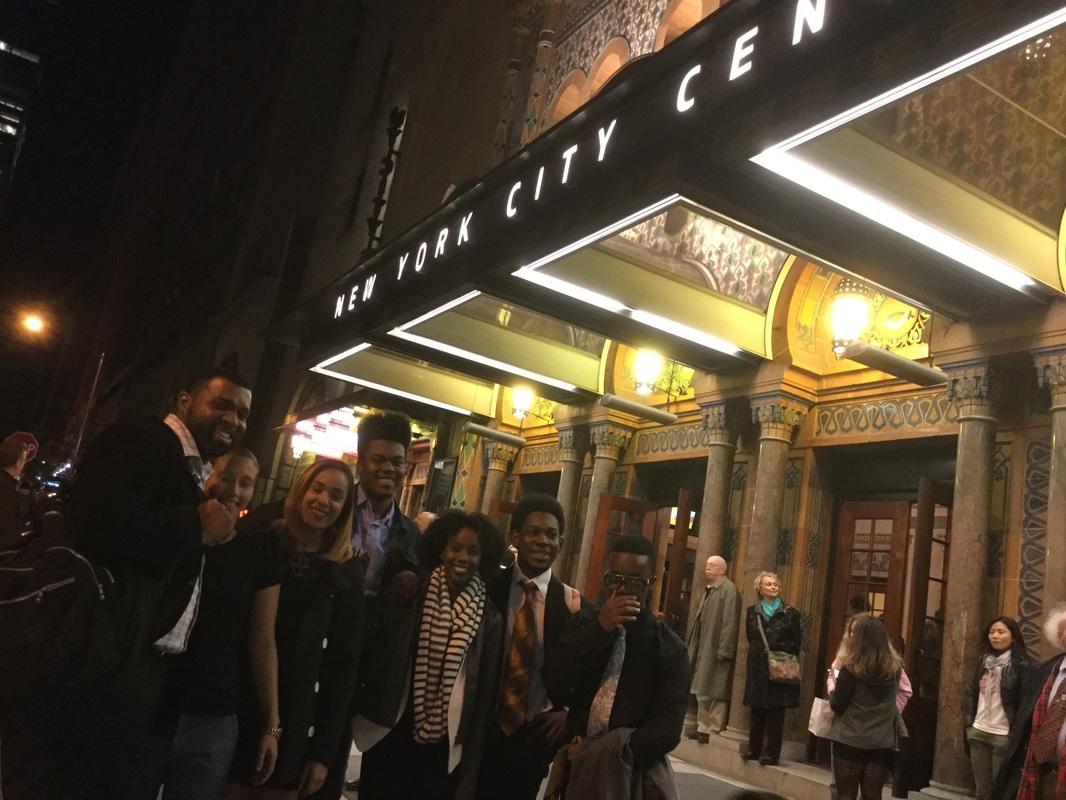 MR. JORDAN AND UASPA STUDENTS SUPPORTING UASPA ALUMNI ELENA REYE (2016) AND JESSICA
BOBADILLA (2014) IN THEIR PERFORMANCE WITH MASTER VOICES IN "PIRATES OF PENZANCE" THIS PAST
OCTOBER.
Two of our very own, Willington Vuelto and Jabari Johnson were highlighted in the New York Times for a great performance in ‘The Odyssey’.
Review: ‘The Odyssey’ Takes a Populist Turn as a Musical
SEPT. 6, 2015 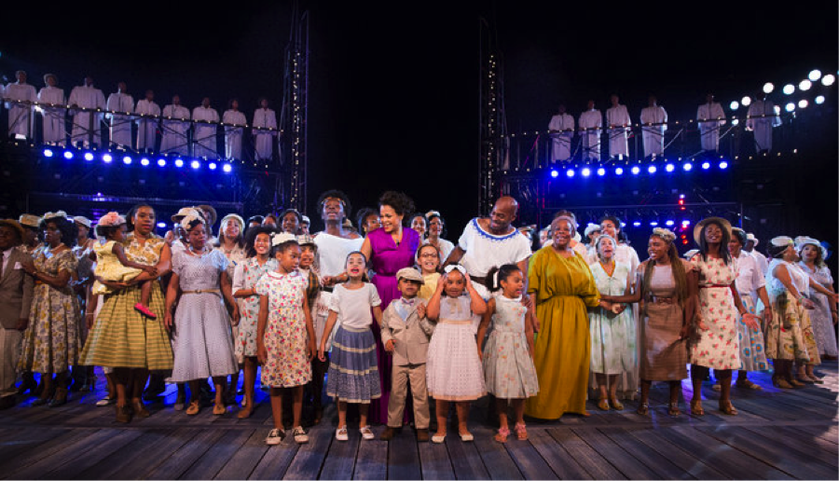 begin in Ithaca — peopled by citizens dressed as in the 1950s — where Penelope, portrayed with luminous dignity and vocal luster by Karen Olivo, works (or pretends to) at her loom, awaiting with fading hope the return of her beloved husband. Lusting after her with raucous ill manners are a snarling group of suitors, amusingly portrayed by members of motorcycle clubs, dressed in denim and leather and led by the particularly unsavory Antinous (a rapacious Lucas Caleb Rooney). Defending his mother as best he can is Odysseus’s son, Telemachus, played with affecting, wounded ardency by Jabari Johnson. (The Bobby Lewis Ensemble, a local choir, gives voice to the goddess Athena, who comes to the aid of Telemachus and watches over him.)
Watching this celebration, unknown to all, is Odysseus himself, who has washed ashore alone, having lost his crew in a series of spectacular scrapes that form the next phase in the story. He’s been taken under the care of the local royalty, Nausicaa (Elizabeth Ely, amusingly entitled) and her brother the Prince (a buoyantly funny Travis Raeburn). Odysseus unfolds the wild story of his fate after a ballad sung by a character called the Dude (Willington Vuelto) touches his overburdened heart with his lyrics about a sailor long separated from his wife.

"My participation in the arts has made me the most disciplined and motivated person ever. Dancing taught me to never back down from a challenge.

In high school, Exploring the Arts awarded me a Summer Scholarship to dance and an Apprenticeship at the Martha Graham Center to explore the professional world. Now this fall, I will be attending DeSales University with a Tony Bennett Scholarship - go Bulldogs!!!
ETA is one of the reasons I am who I am, because year after year they gave me a new opportunity and challenge to accept. I cannot wait to leave my mark on the world."
- Aaliya S. (Harlem)
ALL THE WORLD’S A STAGE
FOR NEW YORK CITY HIGH SCHOOL STUDENTS
New York City, March 11, 2015 --Willington Vuelto, a student of Gabriel Eden at Urban Assembly School for the Performing Arts in Manhattan, won the 2015 English-Speaking Union New York Branch Shakespeare Competition. The finals event was held on March 10th at the Morgan Library & Museum, where twelve student finalists from the New York City area presented selections from the Bard's timeless canon. Mr. Vuelto impressed the judges and captivated the audience with his performance of Antony from Antony and Cleopatra and his recitation of Sonnet 116. He was awarded $250 from the Shakespeare Society and will go on to represent the New York City area at National Competition (scheduled for April 26-28 at Lincoln Center Theater).